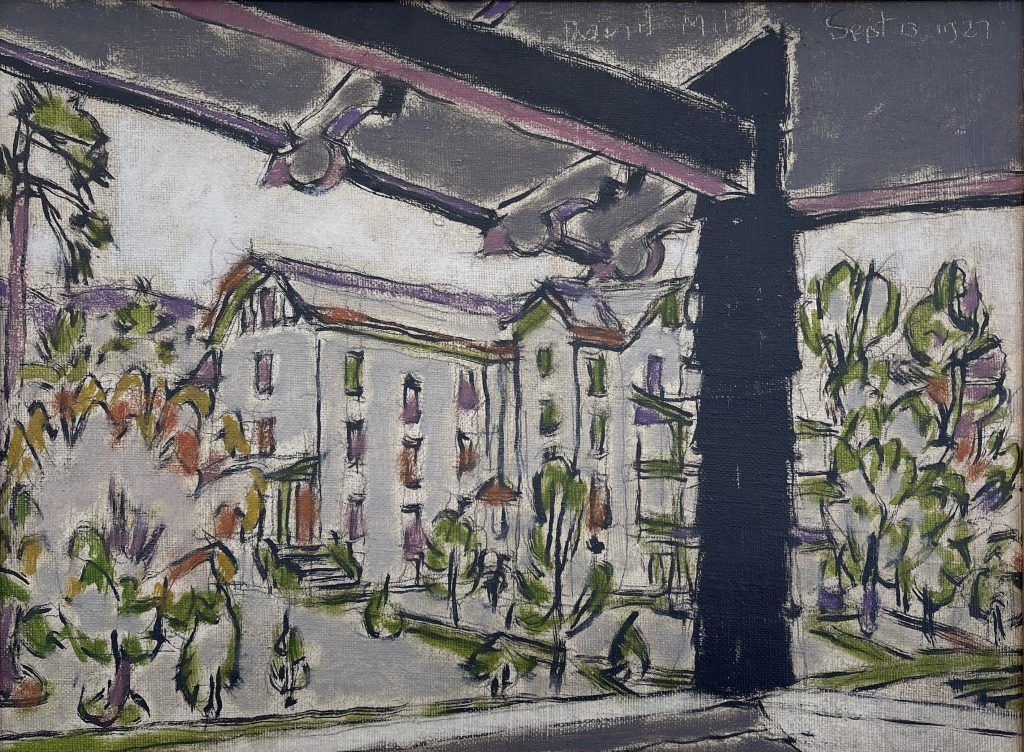 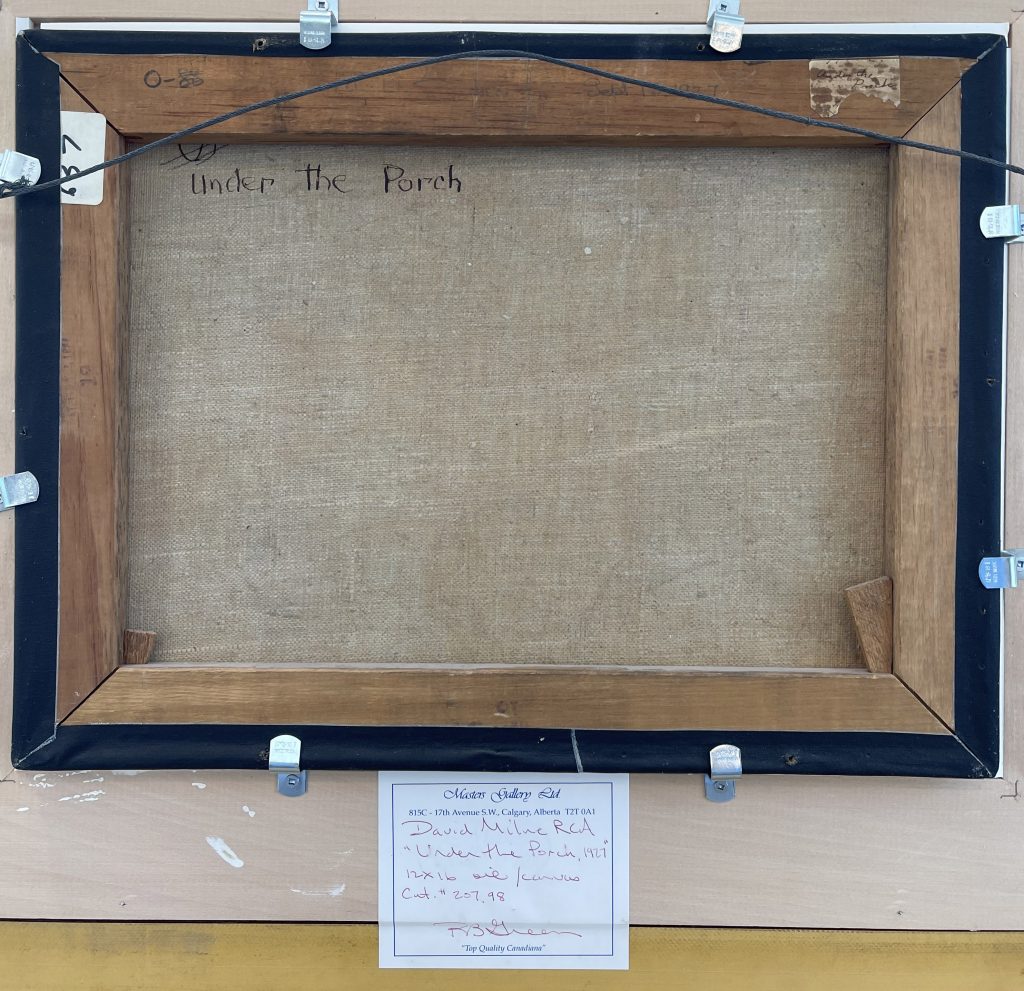 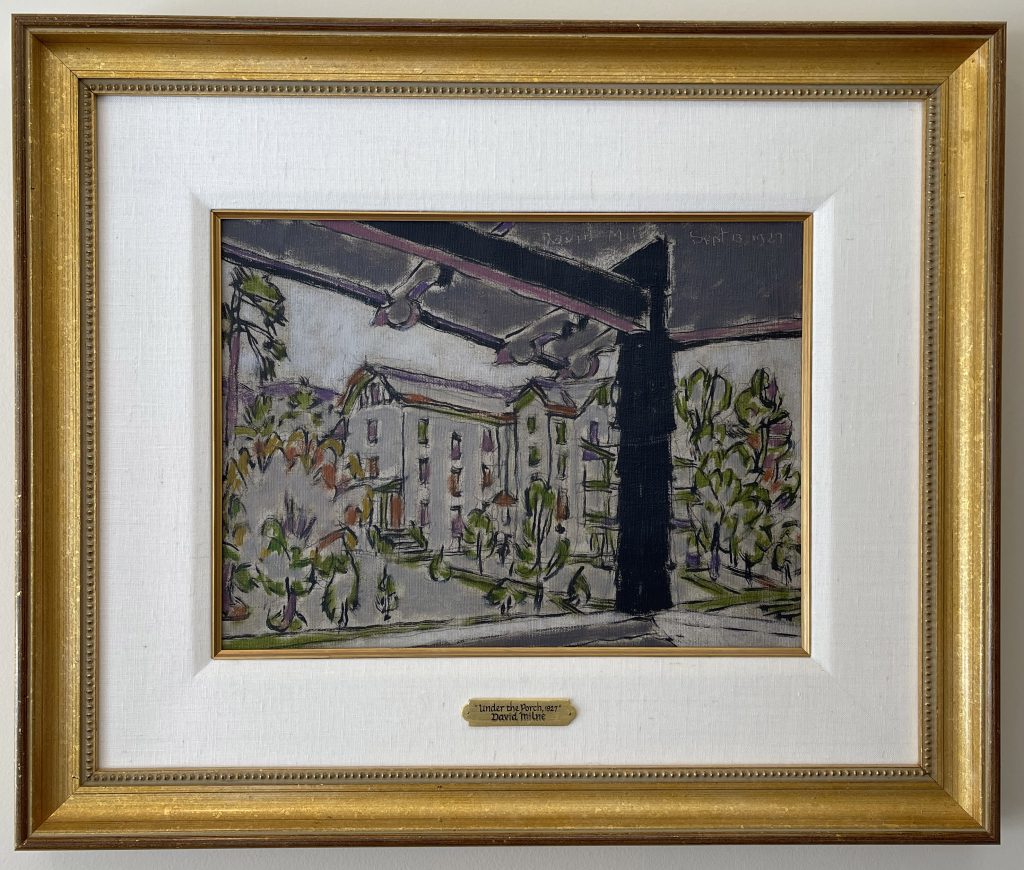 The verandah of the staff house at the Glenmore Hotel on Big Moose Lake provided David Milne with a sheltered painting place on several occasions. Under the Porch as well as The Glenmore, Big Moose, and Hotel Across the Way were all painted from this location.

During the five years between the spring of 1924 and 1929, Milne’s life was split between Big Moose Lake in the summers (where his time was largely absorbed by building a teahouse) and Lake Placid in the winters (where he and Patsy ran the teahouse at Ski-T, at the foot of the Intervale ski-jump). The construction schedule at Big Moose Lake and the responsibilities at the Lake Placid Club cut heavily into Milne’s painting time and, although he produced some outstanding paintings, his overall production fell sharply. 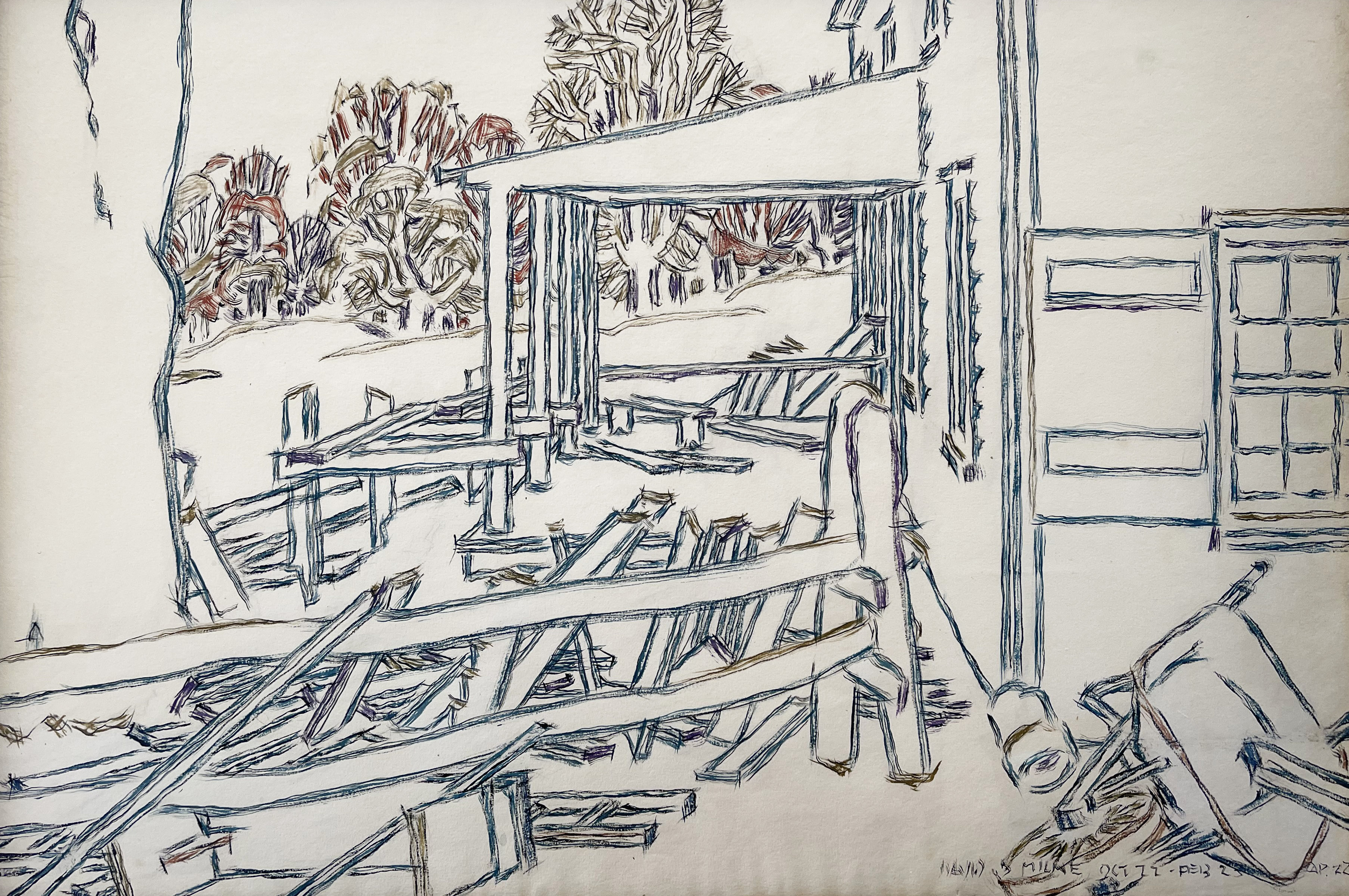