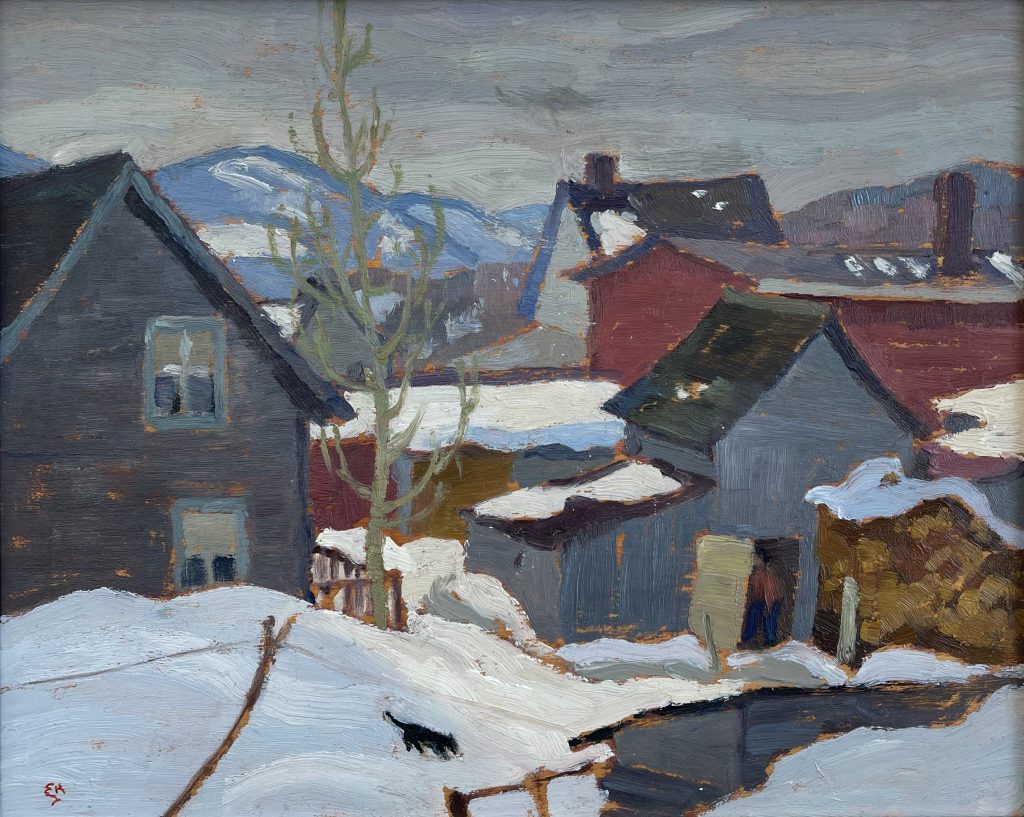 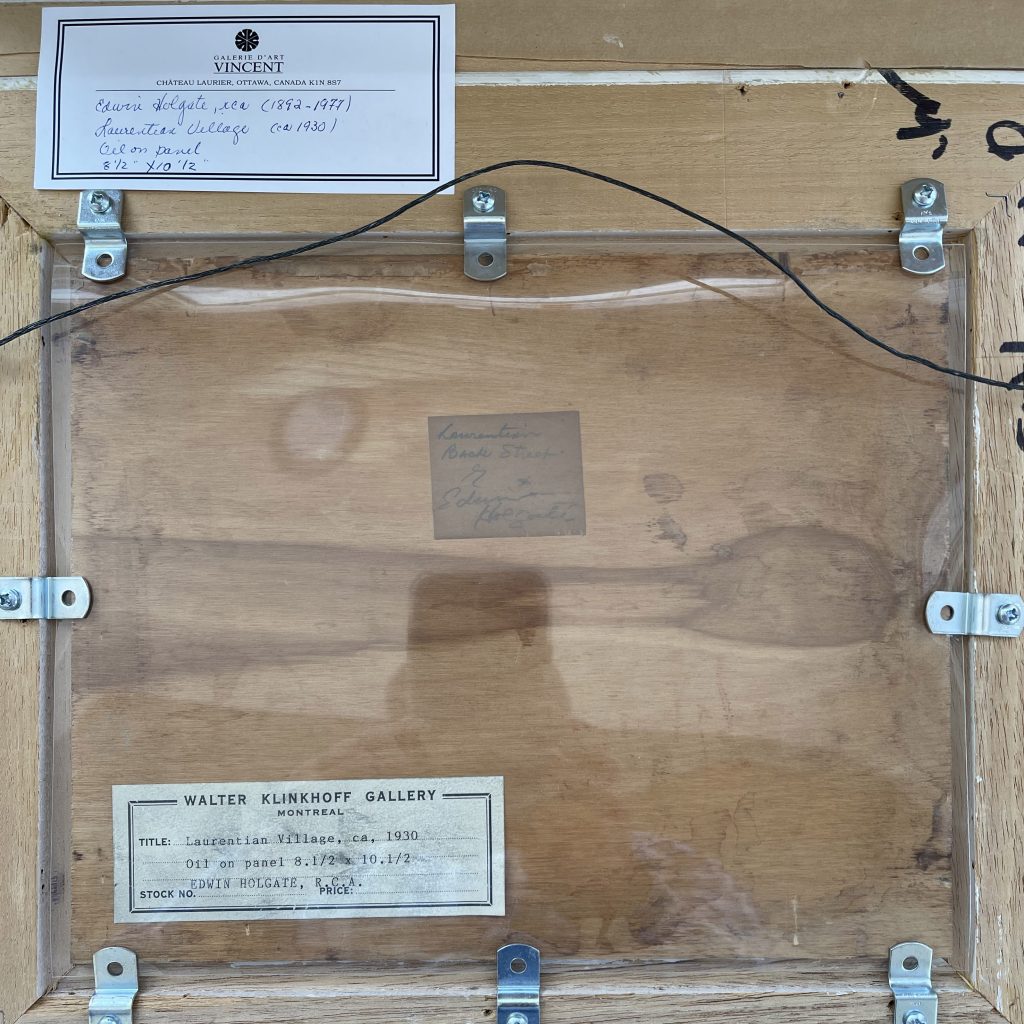 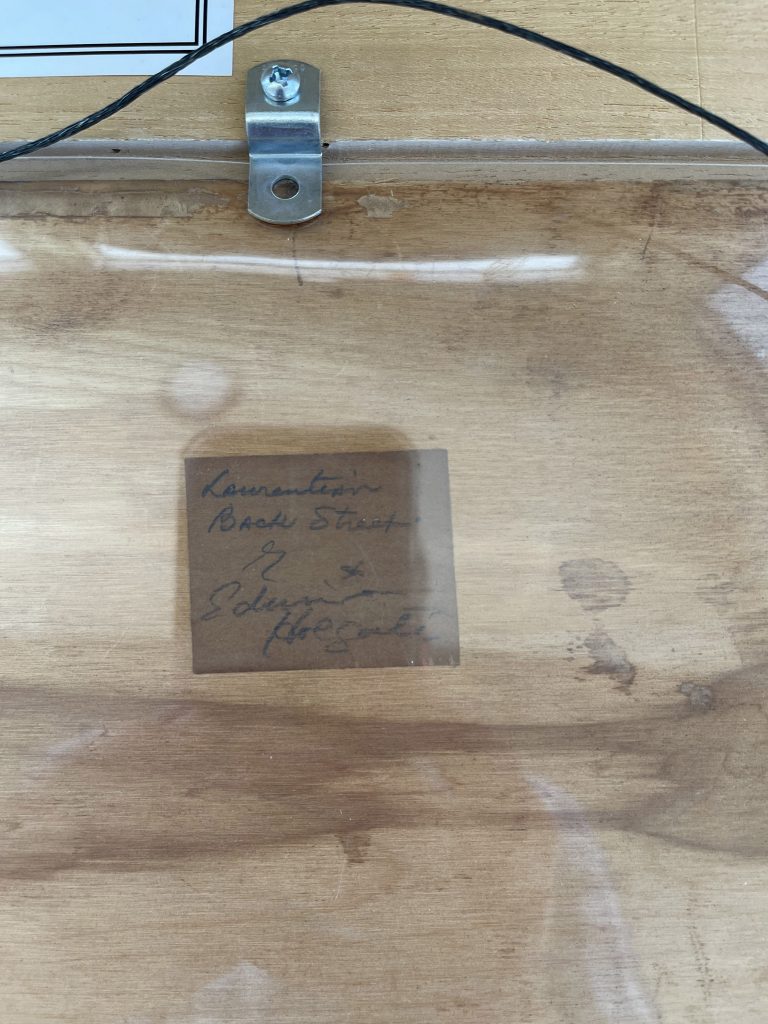 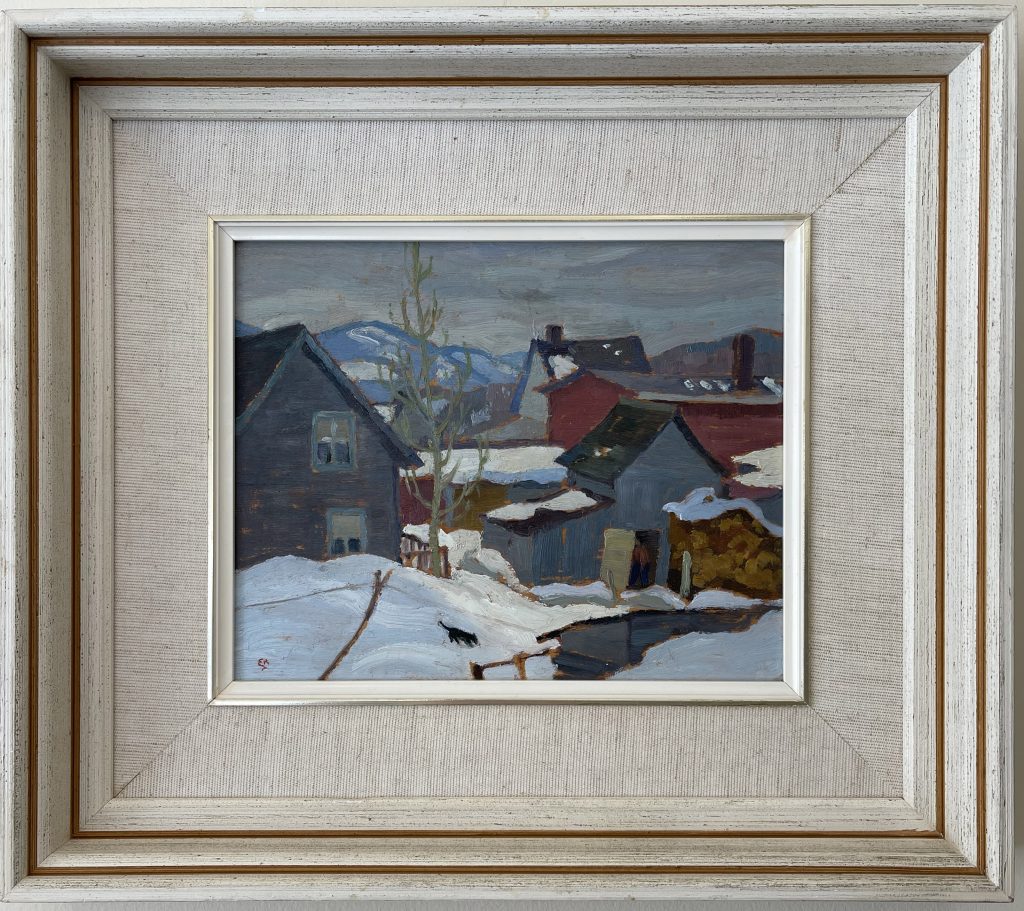 In 1922, upon his return from Europe, Holgate opened a new studio in Montreal. He taught wood engraving at the Ecole des Beaux Arts and was an active member in the local arts community as both an artist and art educator. In Montreal Holgate enjoyed the friendship of A.Y. Jackson, Clarence Gagnon, Mabel May, and many of the younger artists who later formed the Beaver Hall Hill Group.

Holgate was a good skier and took regular trips to various parts of Quebec, often in the company of Jackson. On skis, the two artists visited many of the well-known areas of Charlevoix and the Laurentians. Our Laurentian Back Street would have been painted on just such a trip.